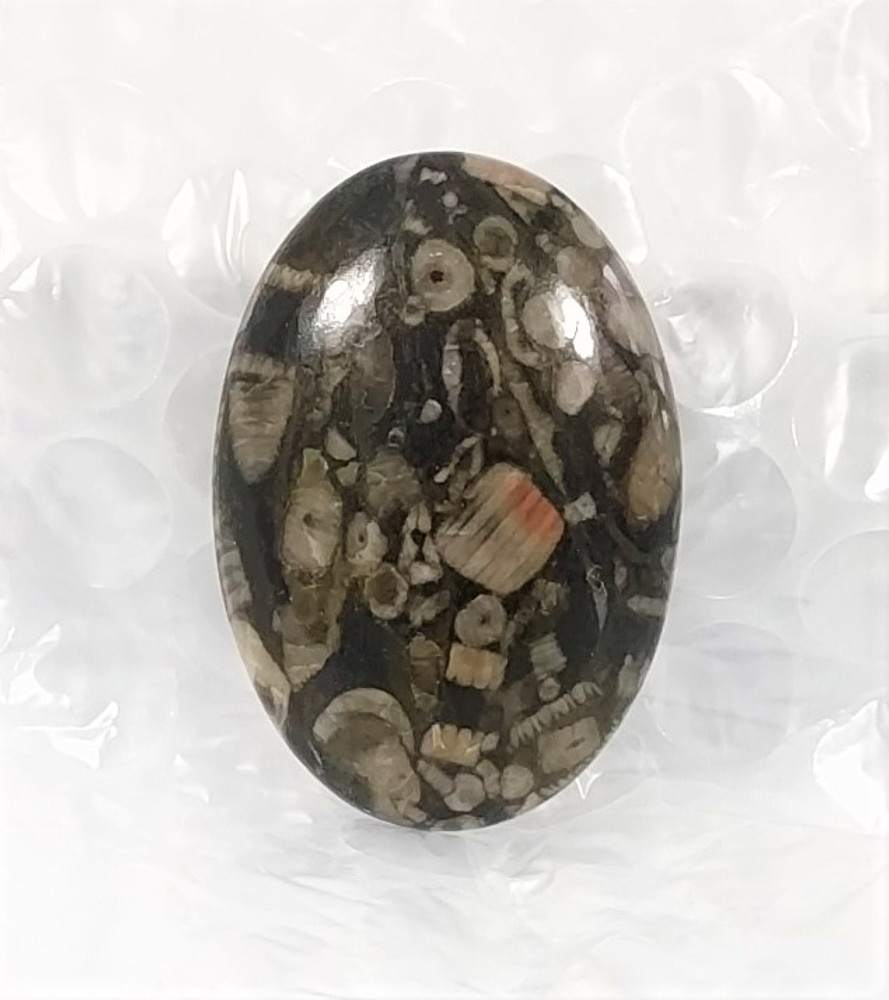 This is a terrific example of a Crinoid Fossil Cabochon, oval-shaped. This one is good for those interested in collecting the many forms of Agate, Jasper, or sometimes "other" minerals.

Crinoids are animals with rough, spiny surfaces and a special kind of radial symmetry based on five or multiples of five. They have lived in the world's oceans since at least the beginning of the Ordovician Period, roughly 490 million years ago.

Crinoids flourished during the Paleozoic Era, carpeting the seafloor like a dense thicket of strange flowers, swaying this way and that with the ocean currents. Massive limestones in North America and Europe, made up almost entirely of crinoid fragments, attest to the abundance of these creatures. Crinoids came close to extinction towards the end of the Permian Period, about 250 million years ago. The end of the Permian was marked by the largest extinction event in the history of life. The fossil record shows that nearly all the crinoid species died out at this time. The one or two surviving lineages eventually gave rise to the crinoids populating the oceans today.