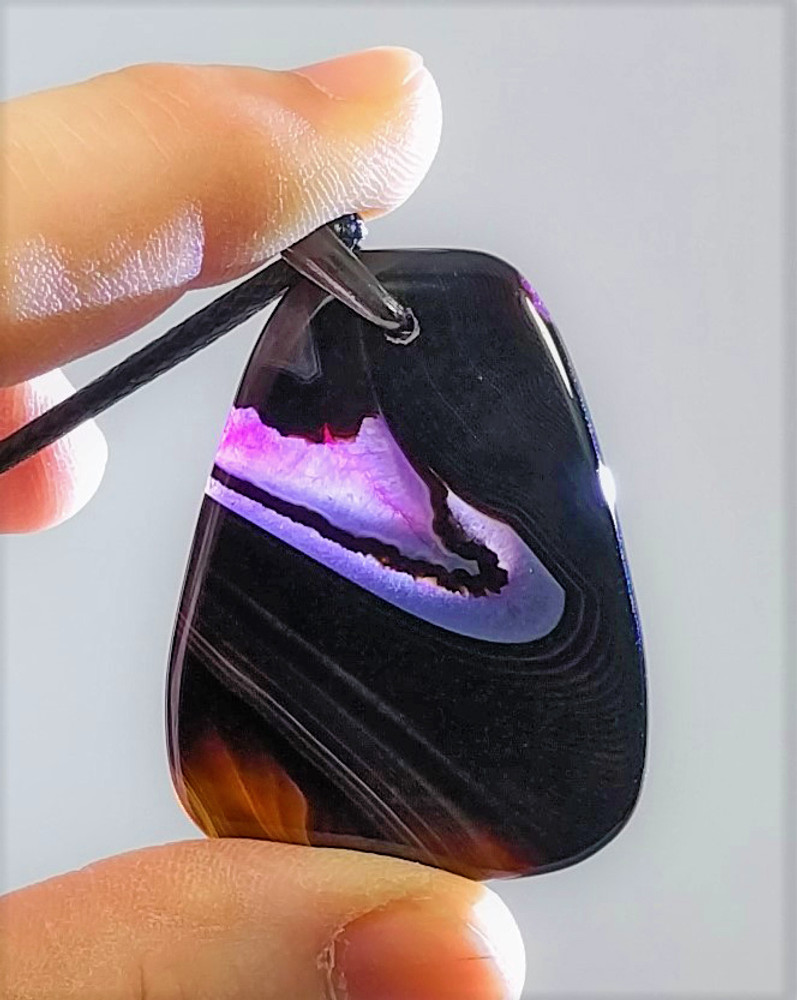 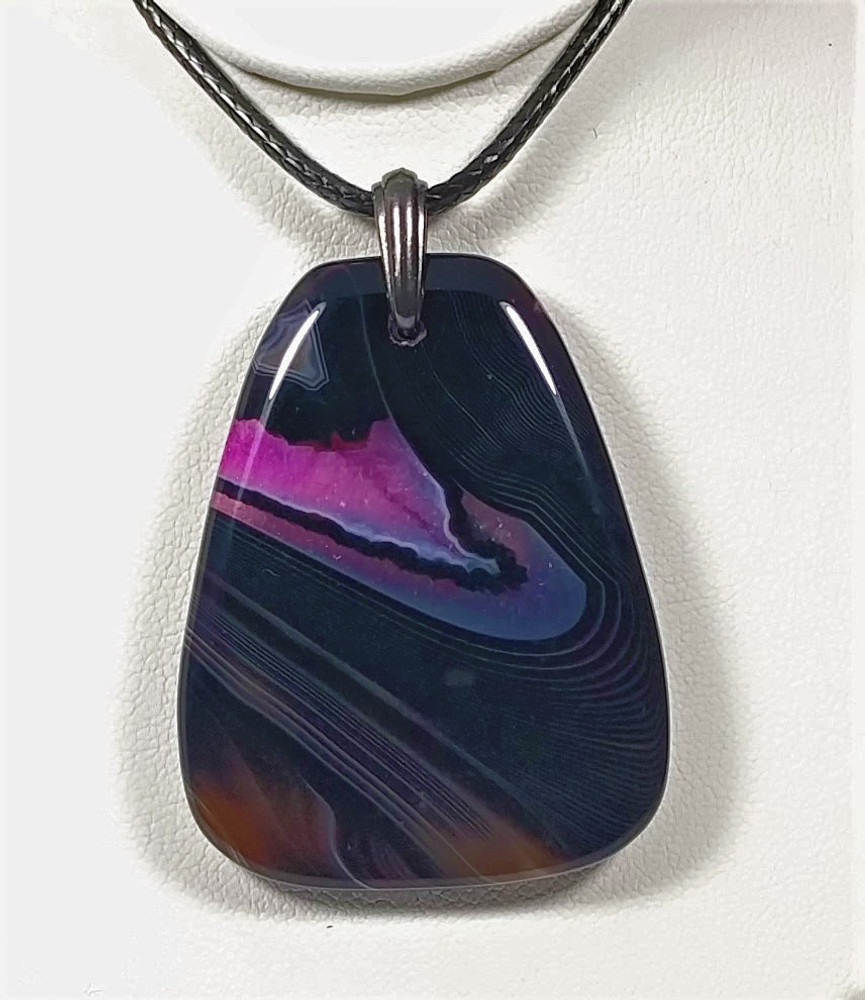 This is a gorgeous black and pink Banded Agate pendant with a "Druzy" Agate section. It comes with the black-over pewter bail and the leather necklace. While some of the stone is banded agate, a chalcedony form of quartz, it also contains a "druzy" section - quartz in its crystalline form.

This stone is indeed banded agate and quartz, but it has been dyed in order to obtain the unusual coloration. These come in many variations and are indeed striking.