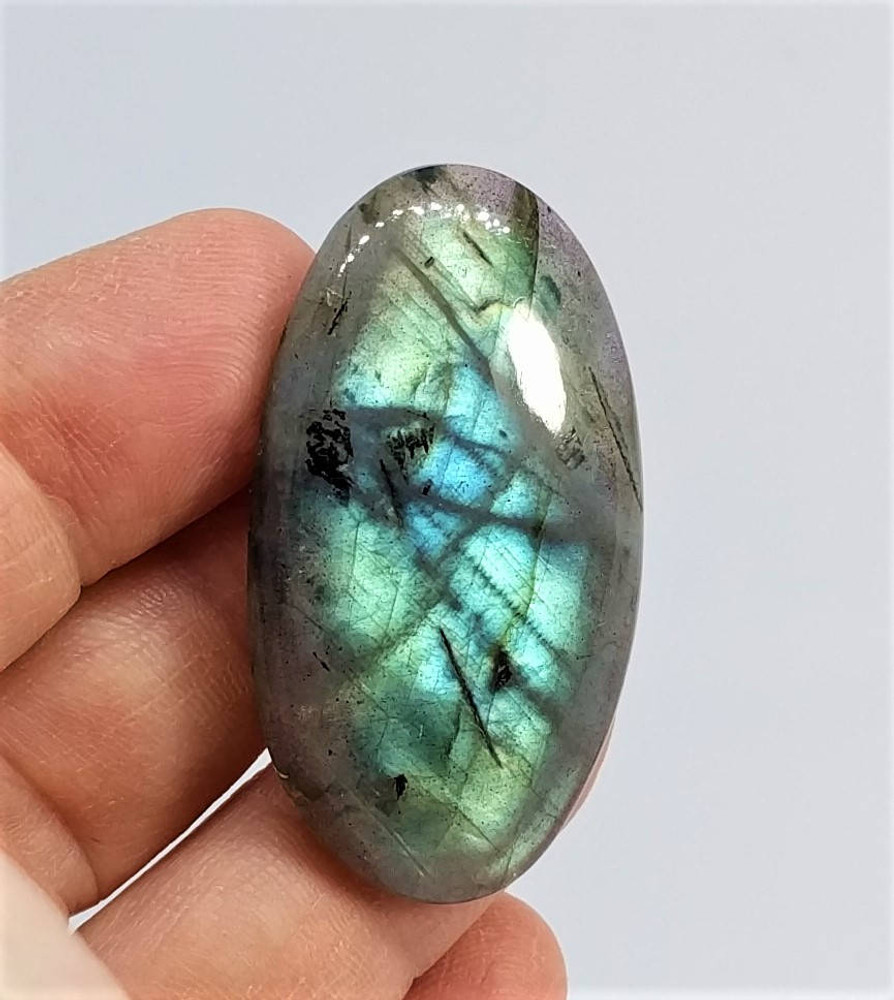 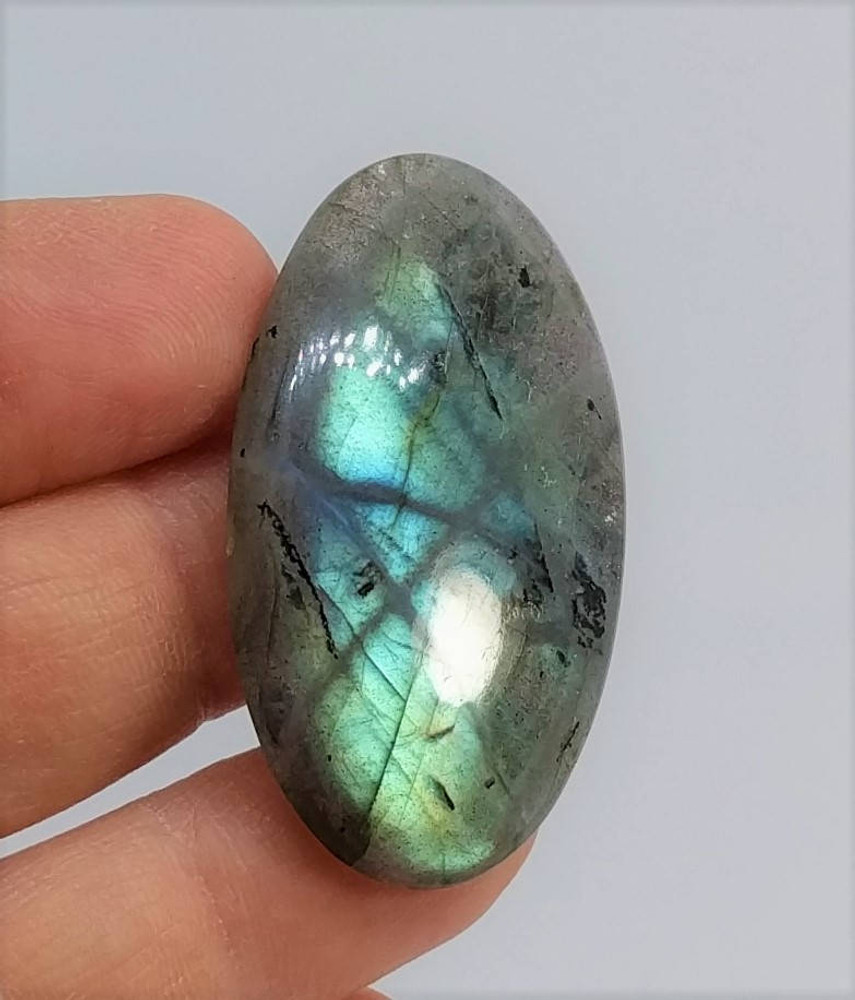 This is an oval Labradorite cabochon. This one is good for those interested in collecting the many forms of agate, jasper, or as in this case, "other" minerals.

Labradorite is a feldspar mineral that is most often found in igneous rocks such as basalt, gabbro, and norite. The original location for labradorite is Paul's Island near the town of Nain in Labrador, Canada. It has also been found in Norway and various other locations.

This type of labradorite exhibits the "Schiller Effect", which is a strong play of iridescent blue, green, red, orange, and yellow colors as shown above. (Labradorite is so well known for these spectacular displays of color that the phenomenon is known as "labradorescence.") As light enters the stone, it strikes a twinning surface within the stone, and reflects from it. Different surfaces within the stone reflect different colors of light, which gives Labradorite its multi-colored appearance.

Specimens like this one having the highest quality labradorescence are often selected for use as gemstones.