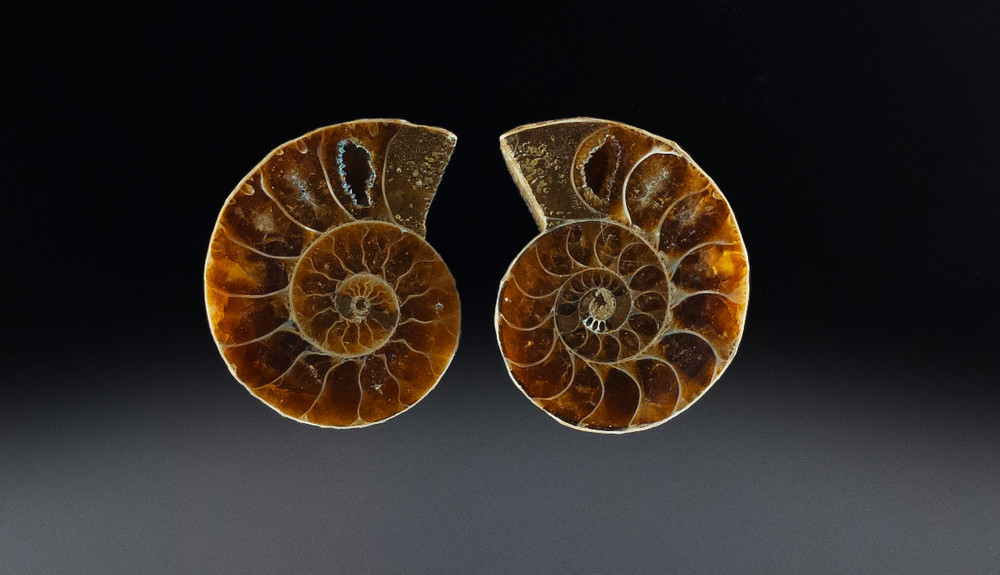 This is an ancient Ammonite fossil from Madagascar, sliced into two halves. Very symmetrical, beautifully polished, and has a pair of attractive quartz druzy vugs.

The name Ammonite comes from the Greek ram-horn God called Ammon. Ammonites are the most widely known fossil; they are cephalopods and first appeared in the seas 415 million years ago, in the form of a straight shelled creature known as Bacrites. During their evolution three catastrophic events occurred. The first during the Permian period (250 million years ago), only 10% survived. They went on to flourish throughout the Triassic period, but at the end of this period (206 million years ago) all but one species died. Then they began to thrive from the Jurassic period until the end of the Cretaceous period when all species of ammonites became extinct.

Ammonite fossils are found on every continent, and come in every naturally occurring color. Because of their rapid evolution and wide spread distribution they are an excellent tool for indexing and dating rocks. If an ammonite is found in clay the clay will preserve the Ammonites mother-of-pearl luster.

A good pair for jewelry making!