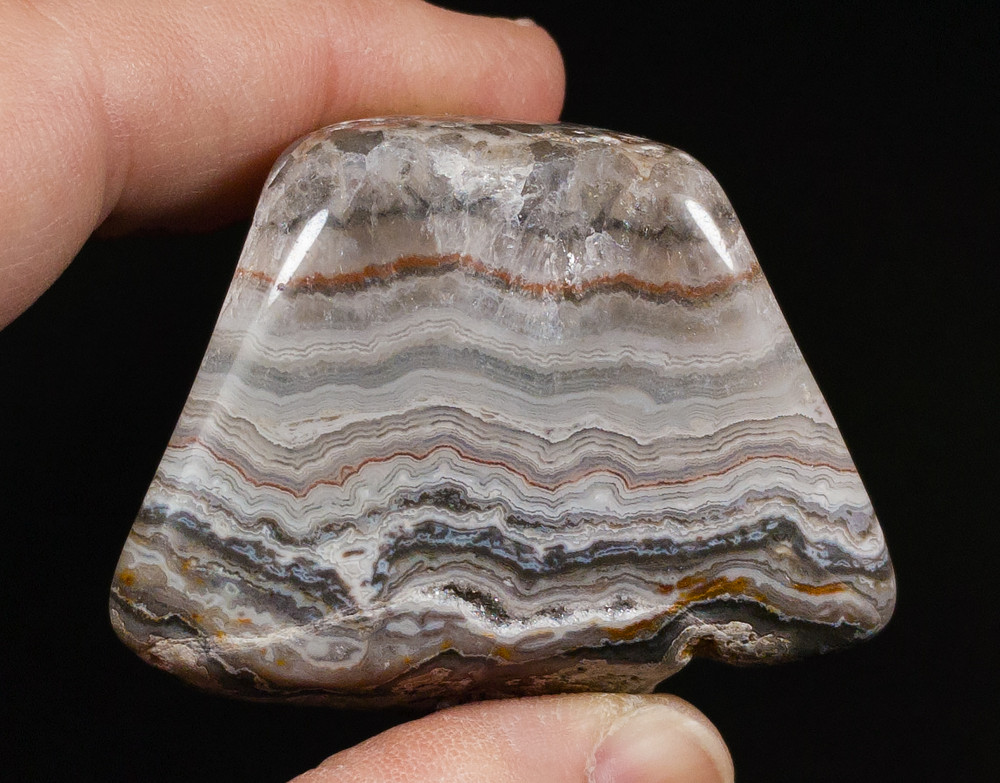 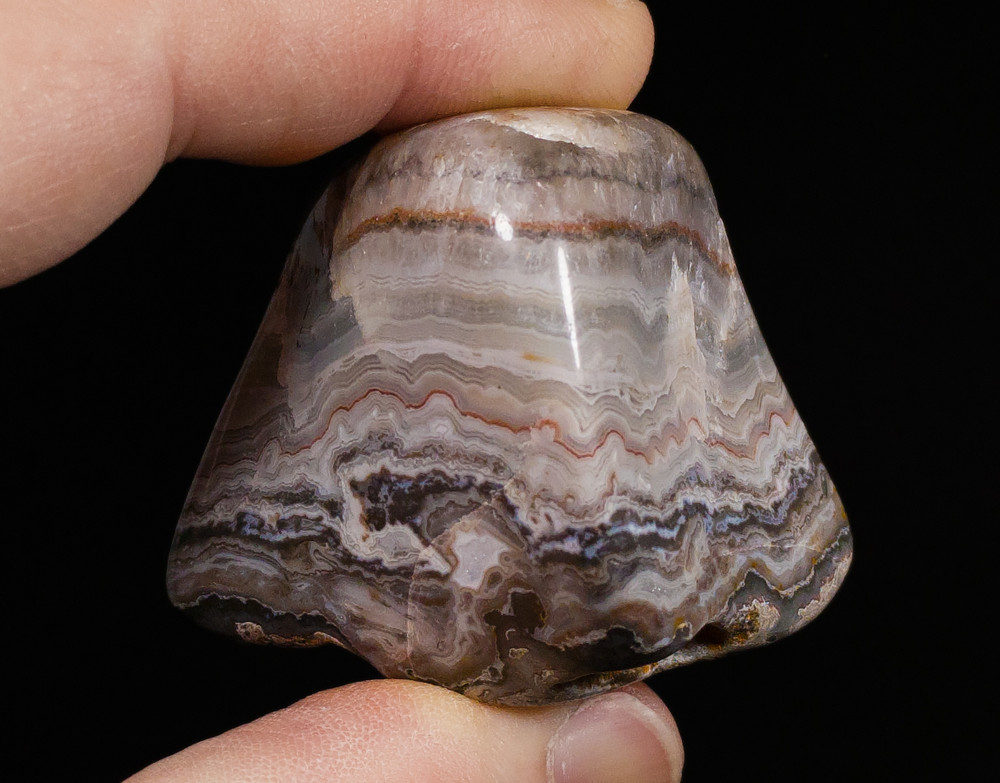 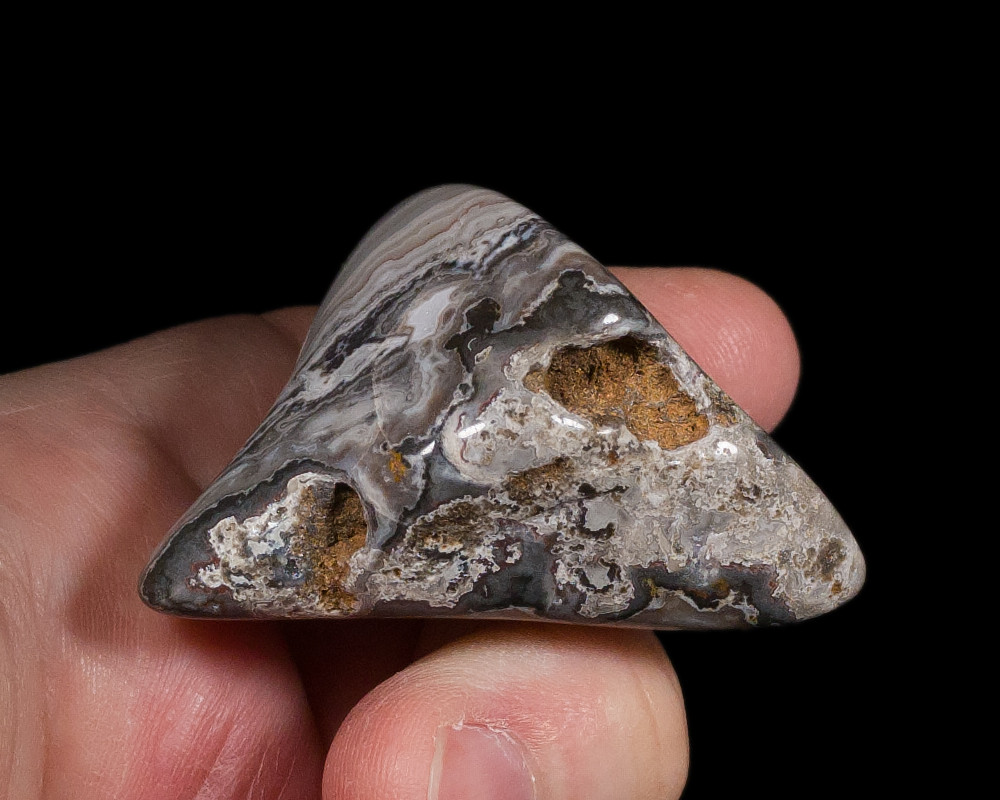 For many decades, Washington Co. of Missouri had produced the lacy agates called Missouri Lace Agate. They are typically gray colored with bits of red, yellow and orange bands and are commonly capped with druzy quartz crystals. They apparently share the same limestone source as the nearby Crowley's Ridge Agates.

A nice addition to an enthusiast's collection!