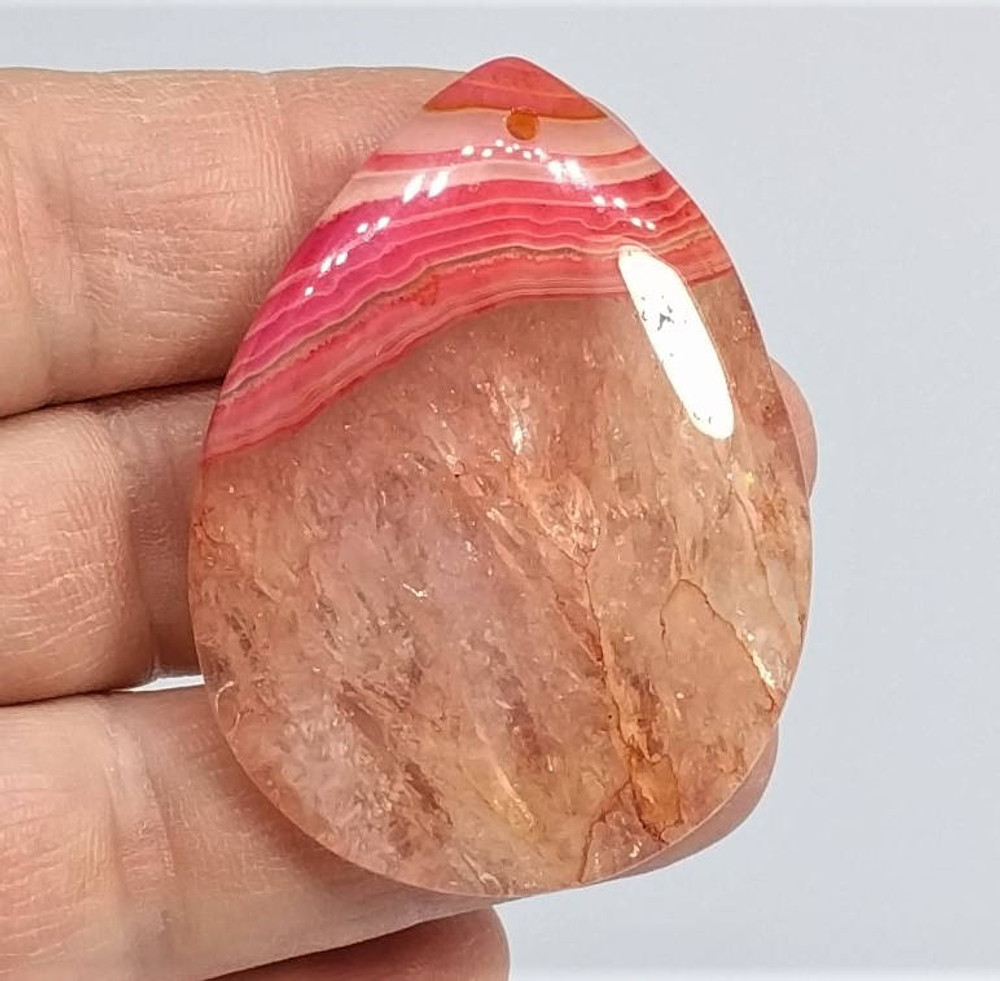 This is a large orangey/pink "druzy" agate cabochon, drilled to accept a "bail" or finding to make it into a pendant. While the main form is agate, a chalcedony form of quartz, it also contains a "druzy" section - quartz in its crystalline form.