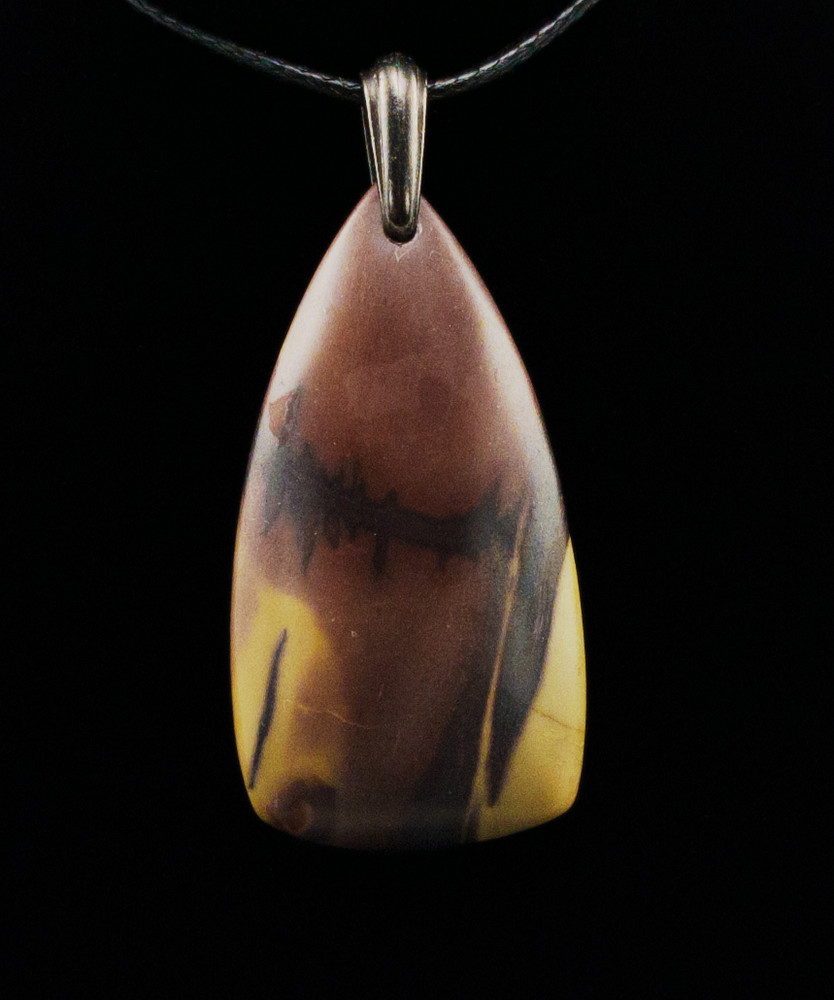 This is a nice example of Picasso Jasper, and features rich earth tones tones of purple, brown, and yellow. It has great polish on both sides, and comes with a black pewter bail and an 18" "leatherette" necklace.

Picasso Jasper, which is sometimes called Picasso Stone, is actually not Jasper, but instead a type of Marble which has metamorphosed into Limestone, a calcium magnesium carbonate material. The base color varies between gray or dark gray/black, with distinctive patterns in purples, browns, and tans. These patterns are caused by iron oxides and often form as lines and web-like markings. It's named after Pablo Picasso due to the patterns and markings being remeniscent of some of his works.

Jasper is a form of chalcedony quartz, and is opaque rather than clear or translucent like regular quartz or agate. It contains an abundance of impurities which give its interesting appearance.

There are over 3,000 types of agates and jaspers, and this is a terrific representative of one of them! A great addition to your collection.

(As always, if you don't like the choice of bail or necklace, just contact me and we can make changes.)