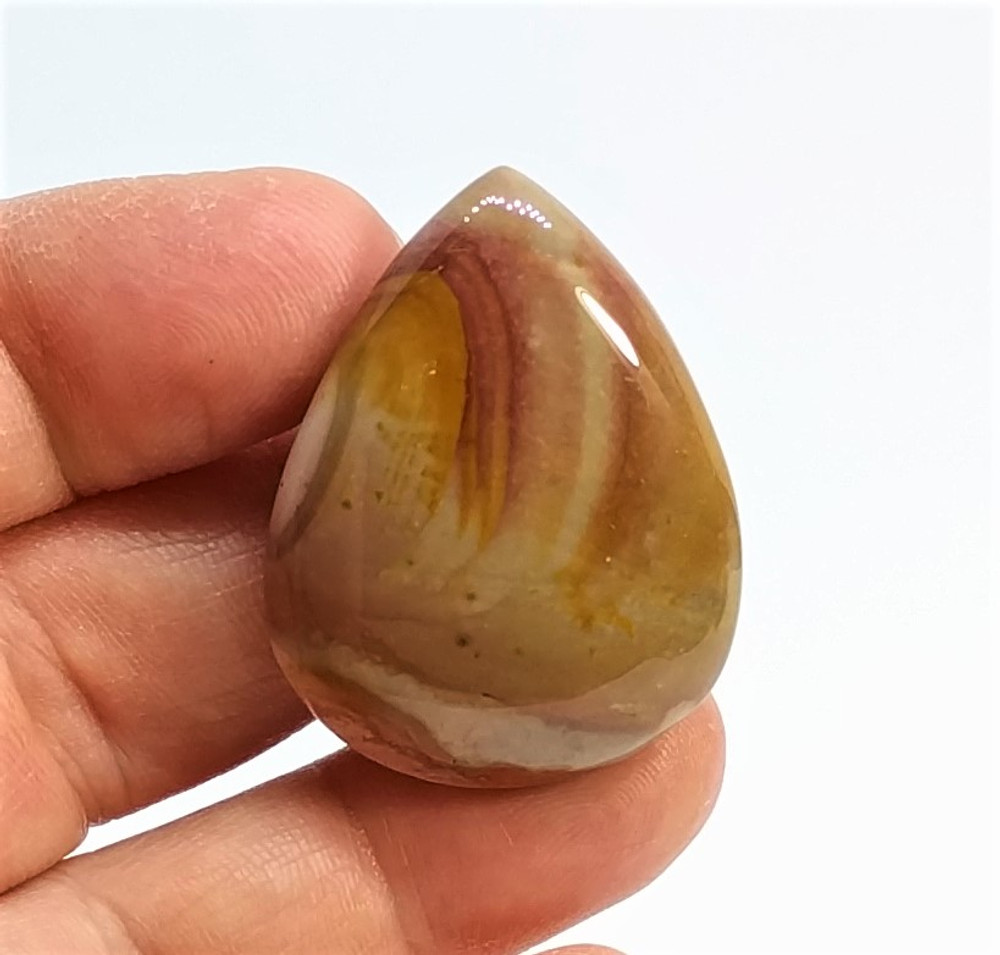 Jasper is a form of chalcedony quartz, and is opaque rather than clear or translucent like regular quartz or agate. It contains an abundance of impurities which give its interesting appearance. I understand that there are over 3,000 forms of Jasper.