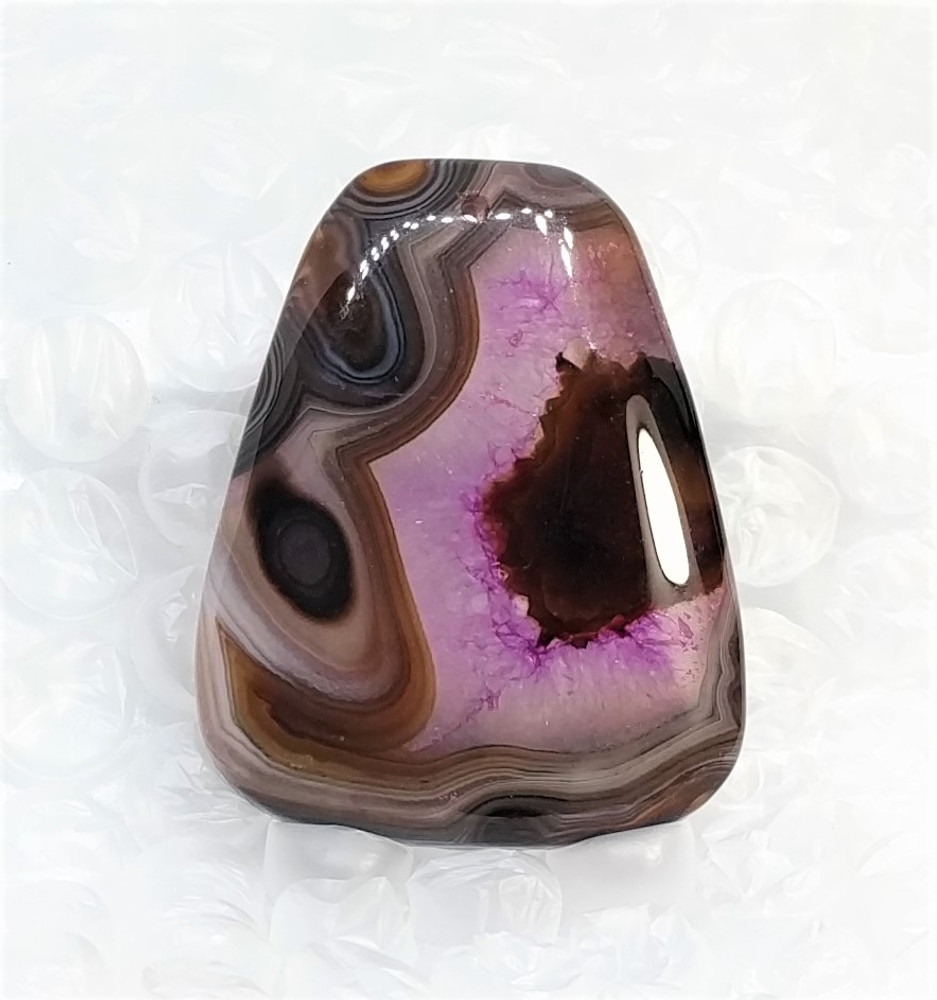 This is a large, 53x37x7mm, Purple Druzy Agate Pendant Bead. It has been drilled to accept a "bail" or "finding" to make it into a pendant. While some of the stone is agate, a chalcedony form of quartz, it also contains a "druzy" section - quartz in its crystalline form.