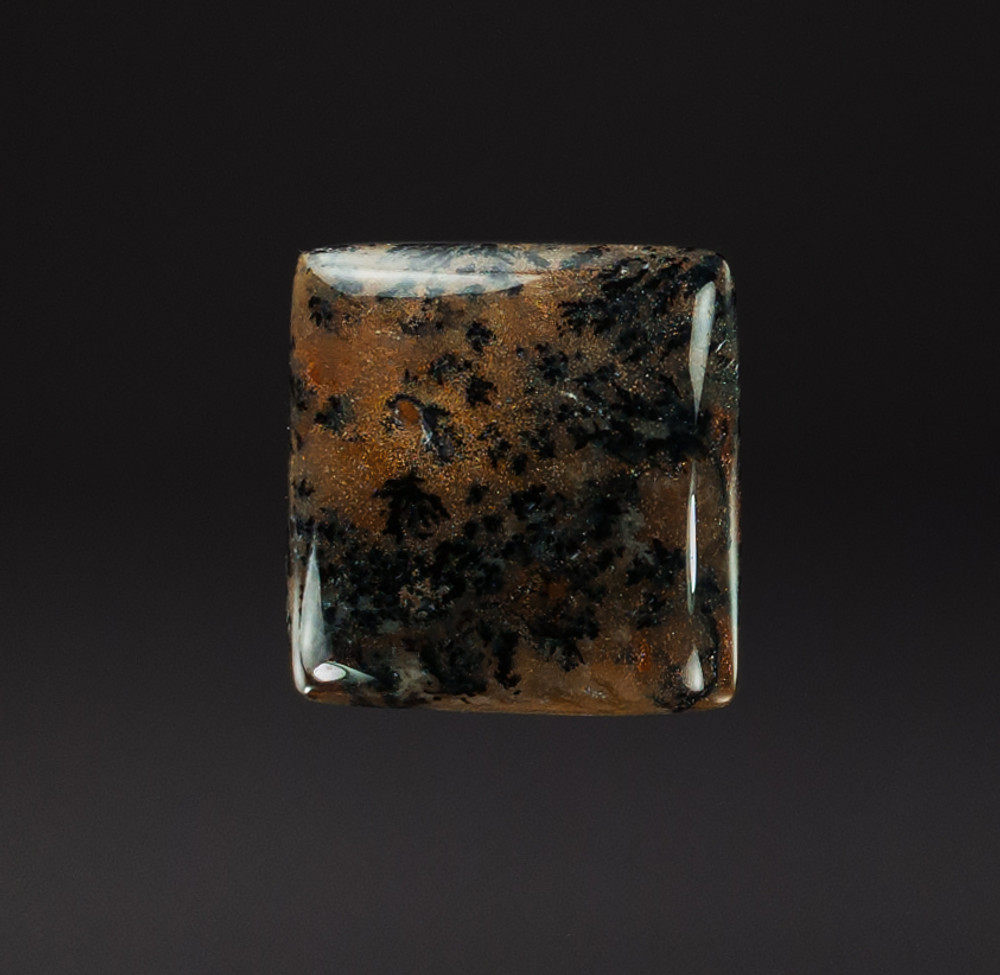 This is a nice example of Russian Dendritic Agate. Dendritic Agate is a variety of chalcedony (quartz), distinguished by its distinct tree- or fern-like markings known as 'dendrites', which are usually brown to black in color. Dendrites are inclusions that appear organic due to their plant-like structure, but they are actually inorganic traces of iron or manganese. These are is considered to be one of the more rare and sought-after varieties of agate stone, although it is technically not a 'true agate' since it lacks the typical banding of other agate stones. This particular stone took an excellent polish, both front and back.