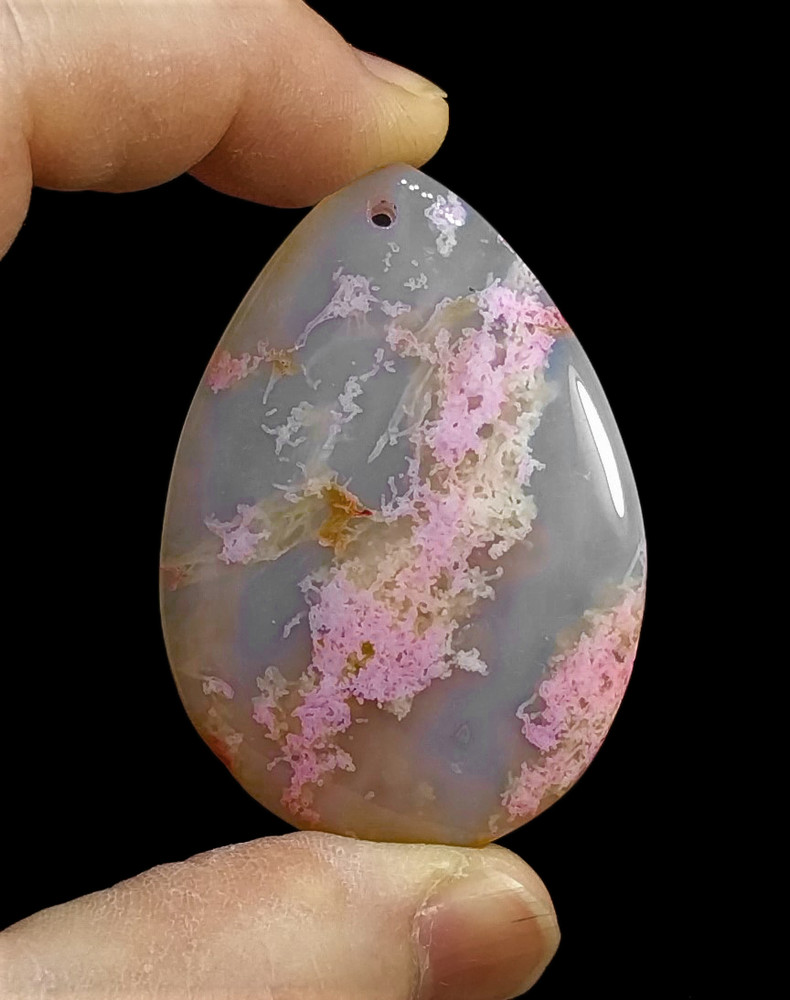 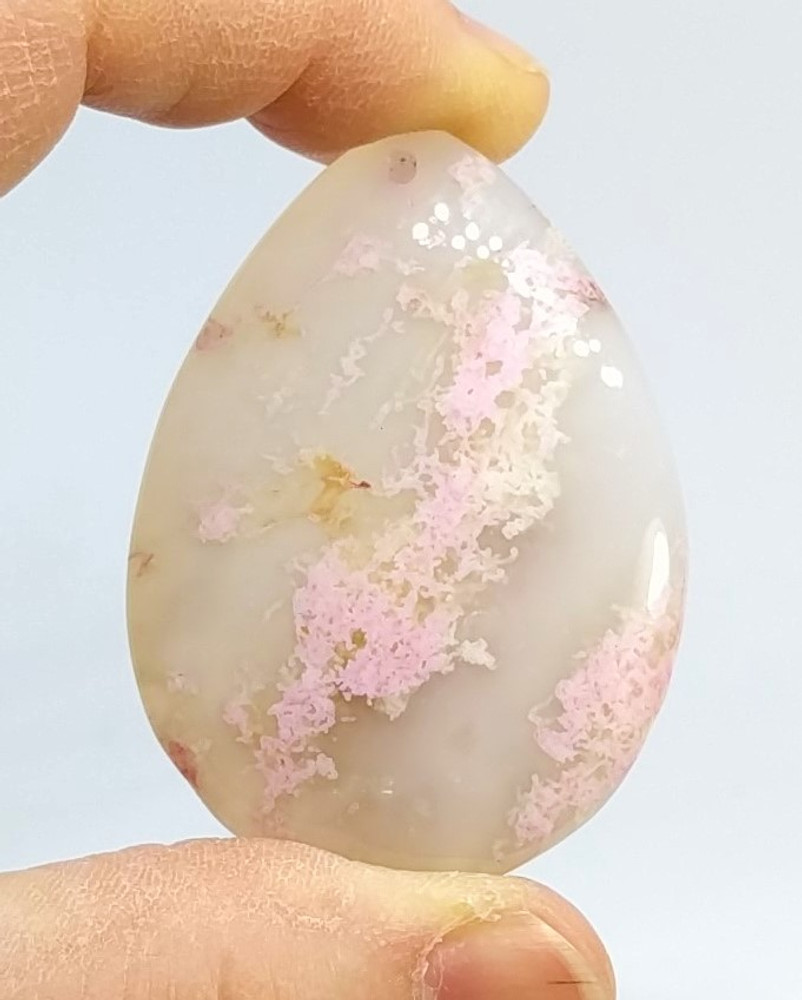 This is a large white and pink scenic dendritic agate cabochon, shaped like a raindrop, and drilled to accept a "bail" or finding to make it into a pendant.

Dendritic agate is a translucent, colorless to whitish-gray variety of chalcedony quartz, distinguished by its distinct tree or fern-like markings known as 'dendrites'. It is considered to be one of the rarer and more sought-after varieties of agate stone, although it is technically not a 'true agate' since it lacks the typical banding of other agate stones. 'Dendrites', a Greek word for 'tree-like', are usually inorganic traces of iron or manganese.

This particular stone is white with pink dendrites.