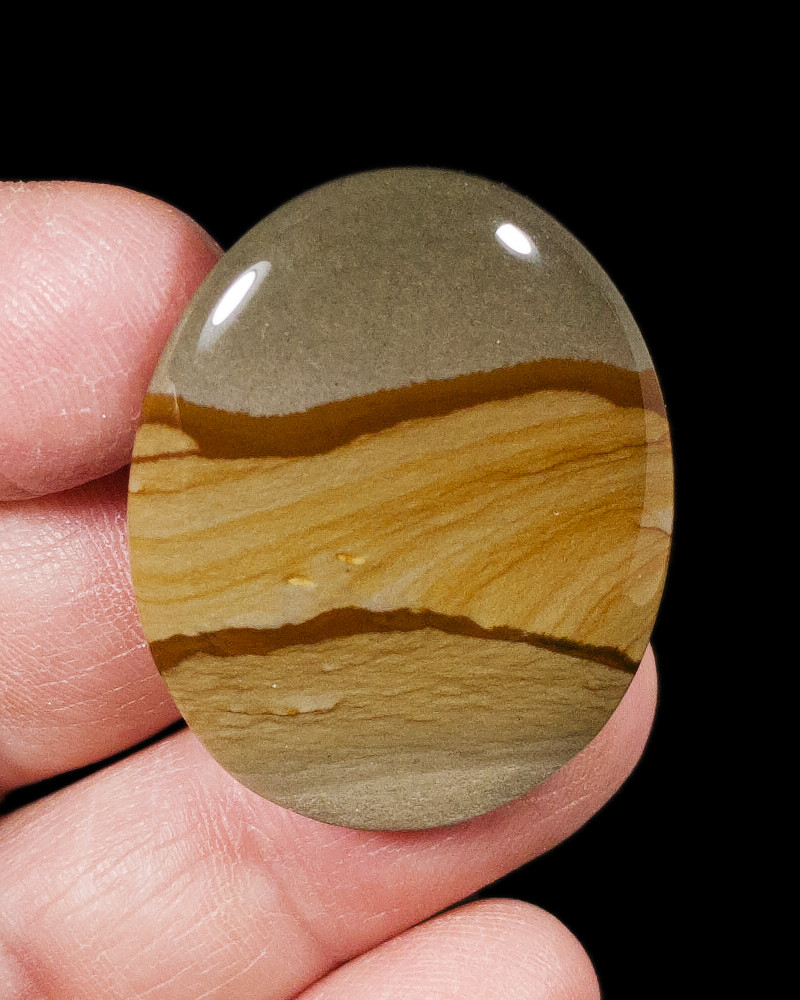 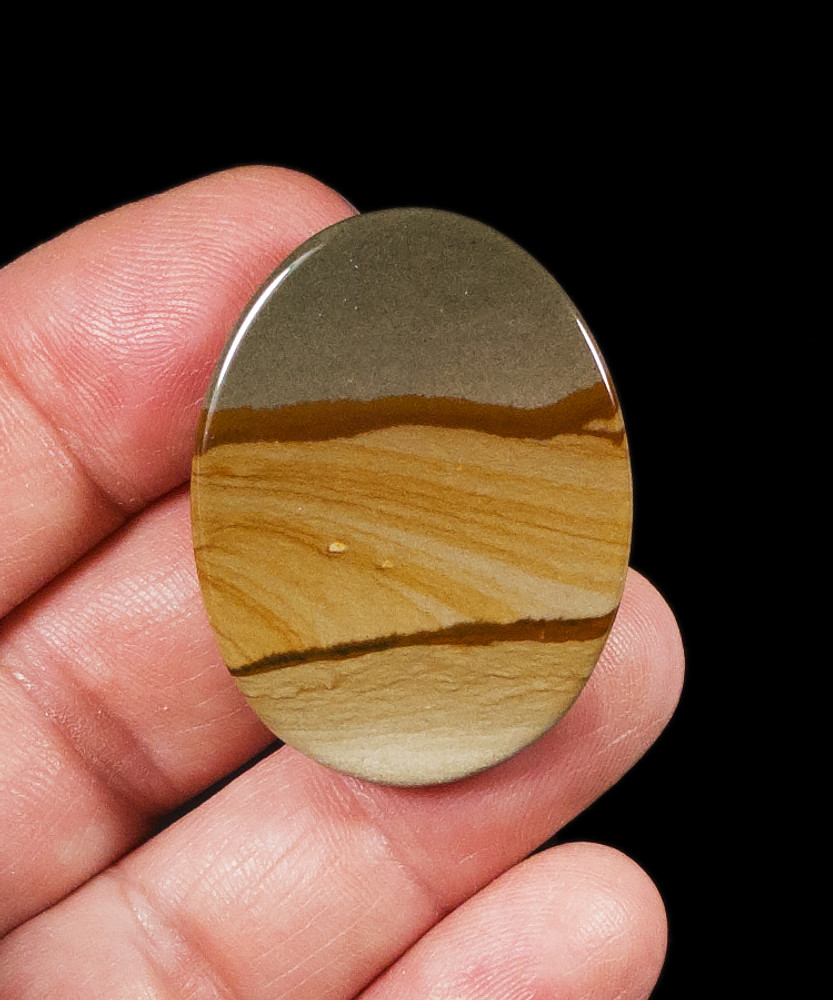 This is a really sweet 48ct American Owyhee Picture Jasper cabochon, in the shape of an oval. This cab is particularly well finished on both sides - it gleams! It's good for those interested in collecting the many forms of agate, jasper, or sometimes other minerals. Jasper is a form of chalcedony quartz, and is opaque rather than clear or translucent like regular quartz or agate. It contains an abundance of impurities which give its interesting appearance. I understand that there are over 3,000 forms of Jasper.

Owyhee Picture Jasper comes from the Owyhee mountain area situated on the Idaho-Oregon border. It is known as the "King" of Picture Jaspers. It is becoming increasingly rare, as mining equipment is no longer allowed in this area.

Although this is a cab, you can also glue on "bails", or have the piece drilled to accept a pinch bail. Either approach will let you turn this sample into a fine pendant. Alternatively, this type of jasper, along with it's pattern, could be made into an exceptional belt buckle.