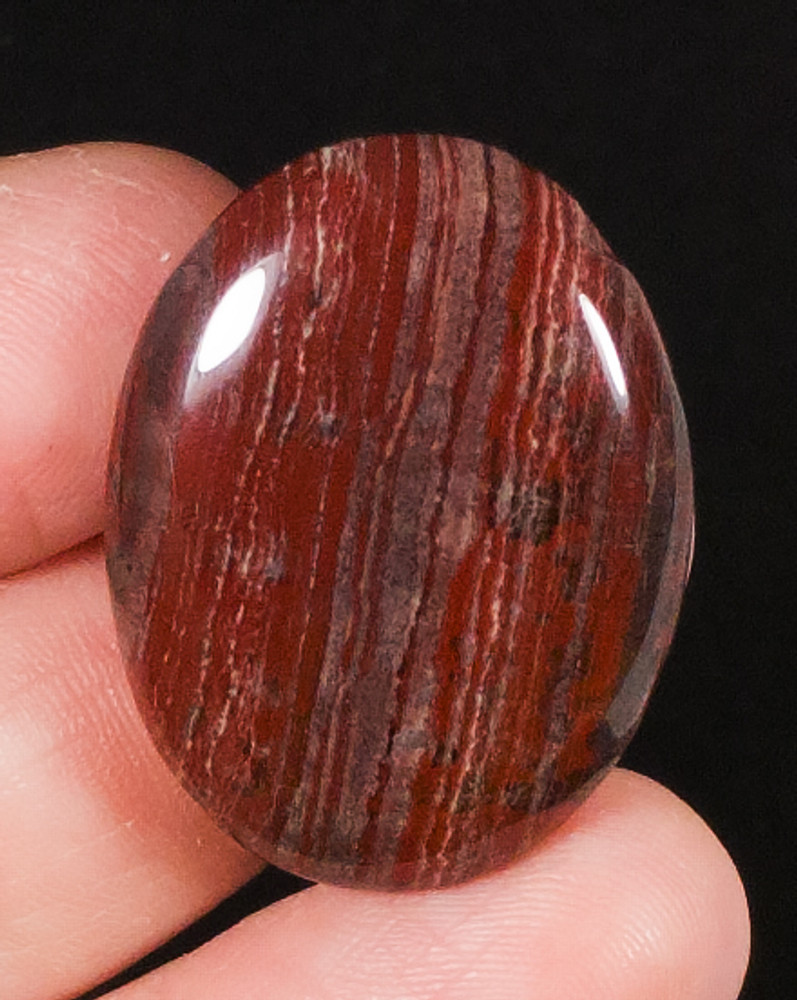 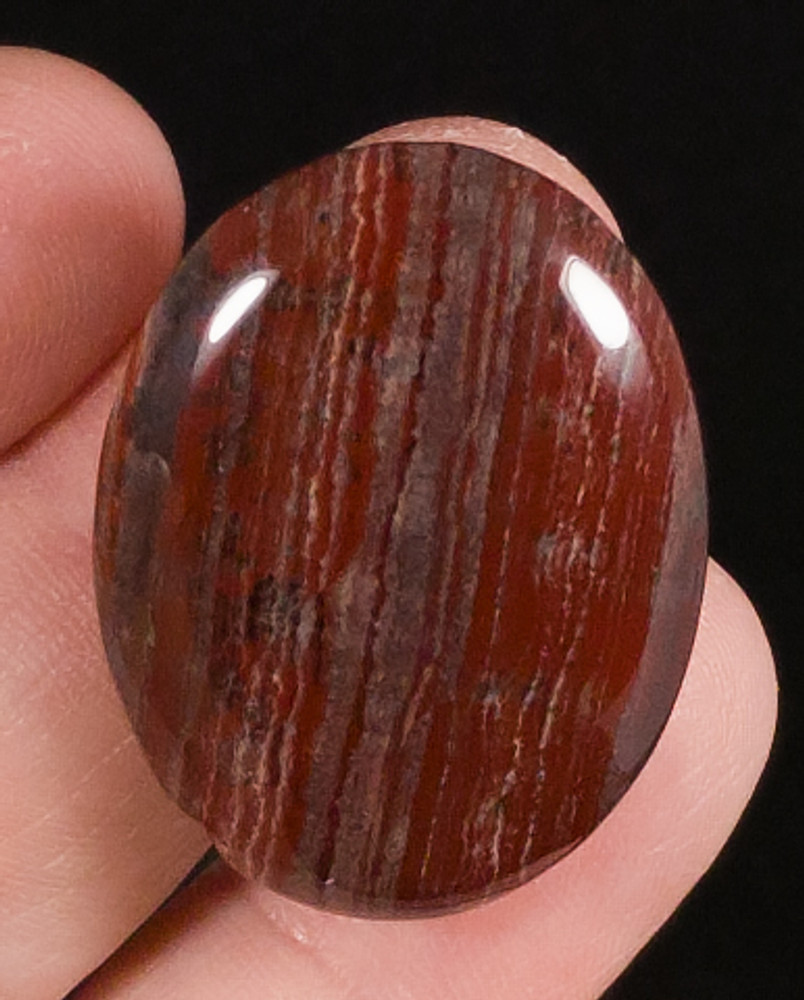 Snakeskin Jasper occurs in the Pilbara region of Western Australia. The deposit is about 100 miles from the iron ore mining town of Newman which is in turn approximately 700 miles north of the capital, Perth. The gemstone occurs as seams of jaspilite in a banded iron formation called "The Weeli Wooli Formation". The age of this formation is around 2.5 billion years, so metamorphism & folding has added other interesting features such as cross cutting quartz veins & contortions to the unusual banding.